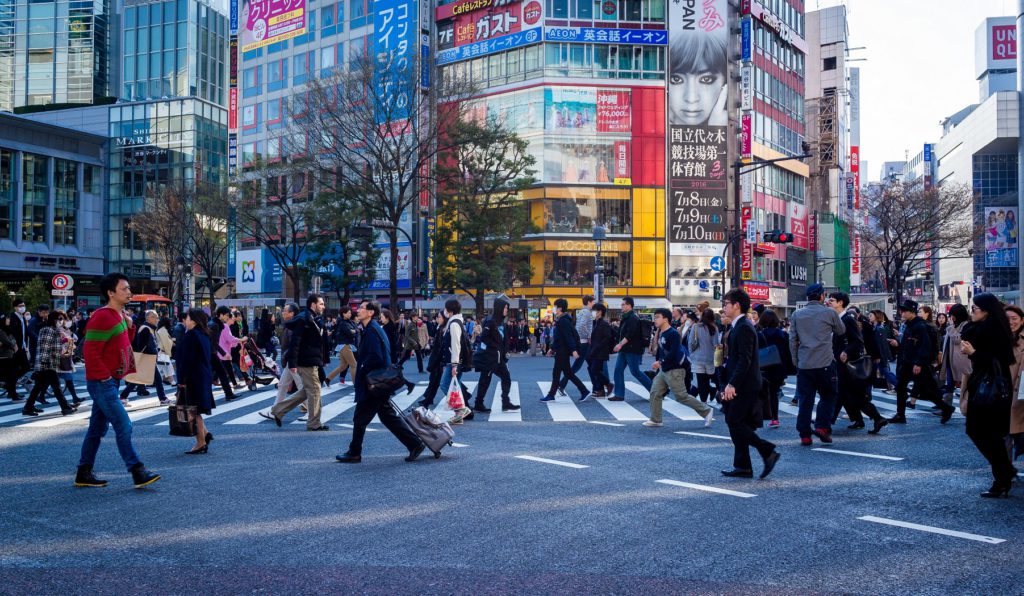 Sir? What is this?

“You know there’s a crosswalk at the end of the block, right?”

Of course. Oh right, I have to nod.

“It’s against the law to jaywalk, you know; it makes the streets a lot less safe to be on when—are you listening to me? Sir?”

He was wearing the standard police uniform that I’d, until now, only seen in moving pictures. His eyes tried to penetrate mine, but he was no more powerful than a child sans elementary training. He kept talking, but the words made no sense to me. I hadn’t heard them before, and my translator was off.

“Do you speak English?”

I knew those words. I nodded. Maybe I shouldn’t have.

A scowl stretched across his face and he shouted more words I didn’t understand. I tried to make a smile, but the muscles didn’t respond to my intent. He reached out and spun me around, wrapping my arms around my back.

“Come on,” is all he said before yanking his hold on my body to pull me back into the street I’d just crossed over.

This is not the direction I was going. Does he know?

His eyes attacked harder. But only slightly. Well, maybe. Not sure if he meant to or if I’m just on edge.

“Quiet type, I get it. If you’re not going to tell me your name, you can just sit at the station. Comprende?”

Yes or no question. Not sure what ‘Comprende’ means, but it sounds nice. I nodded again.

He placed a hand on my back and shoved me into his vehicle. The door slammed afterwards, obnoxiously loud and clearly uncalled for. Unless he was aiding in my travels by offering a speed increase through a vehicular manner, I don’t think he had my time in mind.

“Jaywalking’s a minor offense; you’re only making things worse for yourself,” he continued, getting into the car from the front. “Nothing to say? You might have seen on TV that you have the right to remain silent, but—honest truth—you don’t. You’re required by law to tell me your name so I can verify you’re a legal citizen and check for warrants. All you’re doing by staying silent now is prolonging the process. You’ll sit at the station until you start talking or someone else does, when they report you missing.”

I watched as cars, trucks, and vans whizzed by, much faster than the trees and buildings that flew by in the same direction. Curious where they were all headed, I tried to project a question through the air, but it seemed everything was moving too fast to catch it.

That is worrisome. At this speed, I’ll never talk to anything again. When will we stop? I’ve lost my direction, even; I don’t know where I’m going, or how I’ll get back to where I began. I can’t even ask for help until I slow down.

The door handle didn’t work. Broken, or something. I would have thought the law enforcement would be under pressure to make sure all their equipment works, but apparently not.

“Stop that,” the officer ordered from the front. “Right now! I already told you how you’re going to get out. If you’ve got nothing to hide, why don’t you tell me? Clearly you understand me, you responded earlier.”

I quit messing with the broken handle.

“The way I see it,” he continued, “is you’re either an illegal alien and won’t talk because you don’t know how, or you’ve got some nasty warrants on you and you think you’ll slip away from the law by being silent. Either way, you’re apparently not fit for the streets, so you’ll be staying at the station.”

Our speed decreased and I began to feel my thoughts settling down. I asked a sign where I was, and it responded with the police station’s name and address.

The door opened beside me and I was yanked out roughly. With both hands behind my back, I was led through the front door, which strangely opened outwards. I ended up in a small, wooden chair in a dark room only lit by fake light.

A second officer entered and sat next to the first. They faced me in two opposing chairs across from a thin, square table. One wore glasses to hide his eyes from the sun, though it wasn’t even visible.

“Officer Martin says he picked you up jaywalking outside Union, but he says you’ve got a bit of a speaking problem. He wasn’t being literal when he said you had the right to remain silent.”

“I told him he doesn’t,” the other cop retorted. “I’ve only asked his name. He won’t say.”

I felt both eyes attacking at once.

Both officers flinched simultaneously when they felt my retaliation. It served them right for starting it, and I tried to smile at my mental victory, but remembered those muscles had malfunctioned. When they had recovered, they looked nervously at each other, and then back at me.

Those eyes again. Why would they even try? Didn’t they just catch my power? Need I show them again? I was warned that humans were tough to learn, but the fact was still surprising.

Getting angry: “Tell us your name, now!” The one called Officer Martin stood up and circled around the table.

My shirt was grabbed, yanked, and torn. Pieces of synthetic material exploded from my chest, exposing the natural color underneath.

I’ve done it now. They know far more than they should. But what can I do? It’s not like I could just run away now. It’s not like I can do much. I’ve had nothing but failures since arriving, and the inhabitants weren’t doing a lot to help.

“Why are you green?”

The second officer had a hand on the doorknob, and was slowly turning it, unsure of whether to fight or take flight.

I can see your fear. Why are you afraid?

That was the last straw. His eyes widened and he flung the door open, sprinting through it. His companion wasn’t quite as fast, and stopped to lock the door on the way out. Moments later, there was unintelligible shouting in the hall.

Sigh. I guess I’m done with this body then.

It makes a disgusting, wet sound to debody yourself, not to mention the pain. As I felt my body slipping off, the air and I melted together. I watched from above as the green tint slowly evaporated off the lifeless body on the ground, leaving nothing behind to give me away.

I forgot how good this felt. Still air is like unmoving wind, but feels just as good. Swish, swish.

I smiled a little as I floated around the room. An open window beckoned for me to make my exit.

It’s good to be back to normal. I’m tired of everyone seeing me.